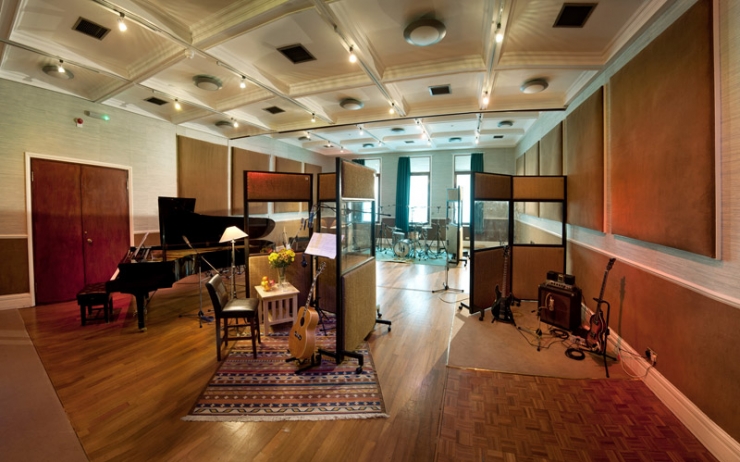 Producers Danny Boyle, Steve Cooper and James Rutledge are set to claim a free day in a studio of their choice after winning a competition organised by the Music Producers Guild (MPG) in conjunction with international Studio Directory and Referral Service AllStudios.

Designed to encourage maximum participation in the MPG Awards voting process, the competition offered a day of free studio time to three MPG Full Members who voted in at least eight of the eligible Award categories.

2016 Producer of the Year Charlie Andrew drew names out of a hat and each of the winning producers was able to pick from a list of participating studios, which included 80 Hertz, Air-Edel, Crooks Hall, The Crypt, Far Heath, Offtape, Parlour Recording, RAK, The Silk Mill, Smokehouse and Strongroom.

In first place was Danny Boyle, who opted for last year’s MPG Studio of the Year winner RAK Studio (pictured), citing the facility’s “amazing equipment list” as a key factor in his choice. “Now everyone has found out about my win, they are all keen on me doing something on their project in RAK,” he said, “but my plan is to spend the time laying down drum tracks for a future production of my own. My own studio is almost exclusively used for mixing and I don’t have the required size room for drums, so this is a fantastic opportunity to use an awesome console and great mics. Thanks MPG and RAK, it feels great to win. Totally awesome!” Boyle is currently working on an album for Max Romeo and an album for the New Town Kings, as well as some projects for his own label Nu-Roots.

The MPG’s second prize draw winner was Steve Cooper, and he chose to spend his free day at The Crypt. “I’m stoked about winning the studio time,” Cooper commented, “and I chose The Crypt because it has a versatile recording space, great vibe and a nice collection of studio gear. Also, the band I’m probably taking in don’t have much in the way of equipment and The Crypt has a great collection of bass and guitar amps.” Cooper is currently working with a number of new bands and also has various mixing projects on the go including Nigel Hitchcock’s orchestral album Hitchgnosis, which was recorded with a 32-piece orchestra, drums, bass and saxophone.

Strongroom was selected by the final competition winner, James Rutledge. “I’m fond of Strongroom studios; I’ve always found the staff to be very welcoming and helpful, which has been important for me as I don’t come from a classic studio background,” remarked Rutledge. “The variety and quality of available equipment is great, too, and the monitoring in Room Three is very good. I feel relaxed there.” Rutledge is currently working on an album of his own and anticipates using his free time at Strongroom for that project.

Natalie Forsyth of AllStudios, who helped MPG run its Voting Incentive competition, added: “AllStudios is an international Music Studio directory that has enjoyed a longstanding collaboration with the MPG, so when MPG Awards Director Tony Platt approached us last April to source a number of studios willing to offer studio time as a prize in the MPG Members Voting incentive, we were more than happy to help. In return for the free studio time each participating studio was offered the opportunity for some great promotion among the MPG membership and on the Awards night, thus bringing them to the attention of a large body of producers.

“As these connections are incredibly valuable these days, AllStudios was proud to be involved, as well as keen to help the voting process be as true a representation of all its members as possible.”

The MPG says it is hoping to make the Voting Incentive competition a regular feature of the Awards process.