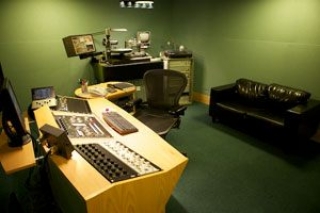 Alchemy is run by mastering engineer, Barry Grint together with Phil Kinrade, Jack ‘Jacko’ Adams and Matt Colton (who recently rejoined the company from Air Studios). Barry told us, “Relocating to West London was the first step toward rebuilding the Alchemy brand following the difficulties at Centre Point. I recognised Mattâ€™s talent when I employed him at Centre Point, so Phil and I are very excited to welcome him back as a Partner.”

Barry, Matt, Phil and Jack draw on many years of expertise for their ever-increasing client base. Barry started his career at Trident Studios in Soho, then moved to Tape One, followed by Abbey Road before founding Alchemy Mastering. Jack is a colleague of Barry’s from Tape One, who has an equally impressive discography. Phil Kinrade started out at Dick James Music, then set up Sound Basement before moving to Chop Em Out in 1990 where he remained until the Sanctuary buyout in 2000 and Matt has been a mastering engineer for over 15 years working at a number of high profile studios including Air Mastering, Alchemy Soho and Porky’s. He is now a director at Alchemy as well as a highly skilled Mastering Engineer.

Attending a session at Alchemy is remarkably easy. There is parking available right outside the door and great transport connections from Hammersmith underground stations. However, for international clients or for others unable to attend their session in person, Alchemy offer their own e-mastering service. To enquire about bookings for mastering and CD/DVD duplication, please contact business development manager Lesley Scott, or click through to Alchemy’s soon-to-be-updated website here.

Discography information can be found at http://www.discogs.com/label/Alchemy+Mastering